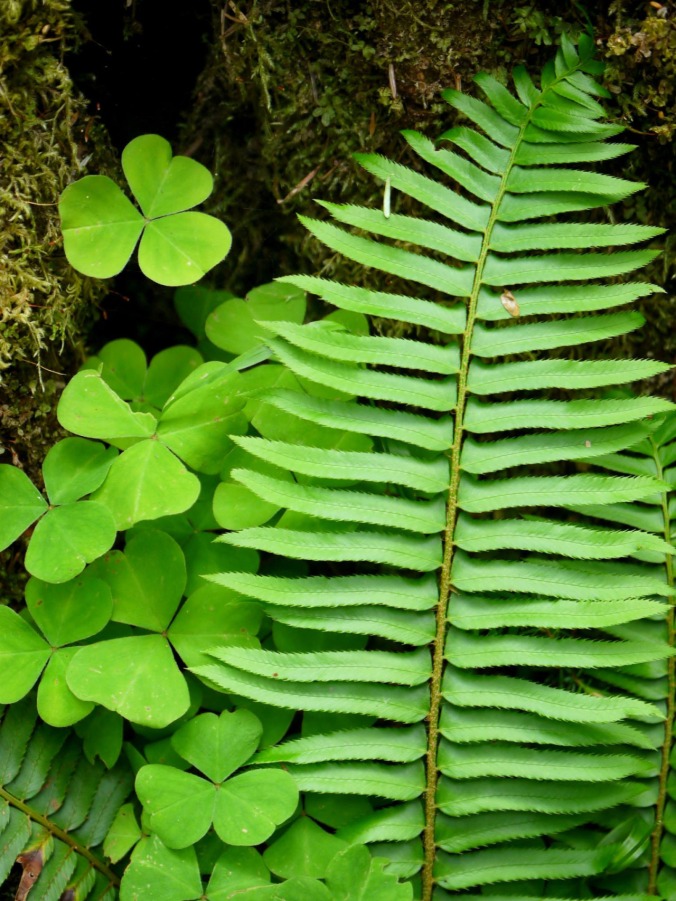 This is a common scene throughout the Olympic Peninsula where rainforest floors are literally carpeted with these two species. Both species are edible, but Oxalis is by far my favorite of the two. There’s nothing quite like munching on Oxalis straight from the trail while hiking through a PNW rainforest.