This species of rock tripe is likely our most abundant umbilicate foliose, rock-like lichen in the PNW. Look for their single umbilicus which attaches them to their substrate (which is where they get their genus name!). This species rarely has apothecia but is instead identified by its abundant, sooty, black rhizines, or rootlets, which help it gather water from its normally dry habitat. Members of Umbilicaria are considered edible, though North American foragers generally only resort to them as famine food. Their name, “rock tripe,” comes from an uncanny resemblance to tripe (stomach lining) upon being boiled, as is common in many Asian cuisines. 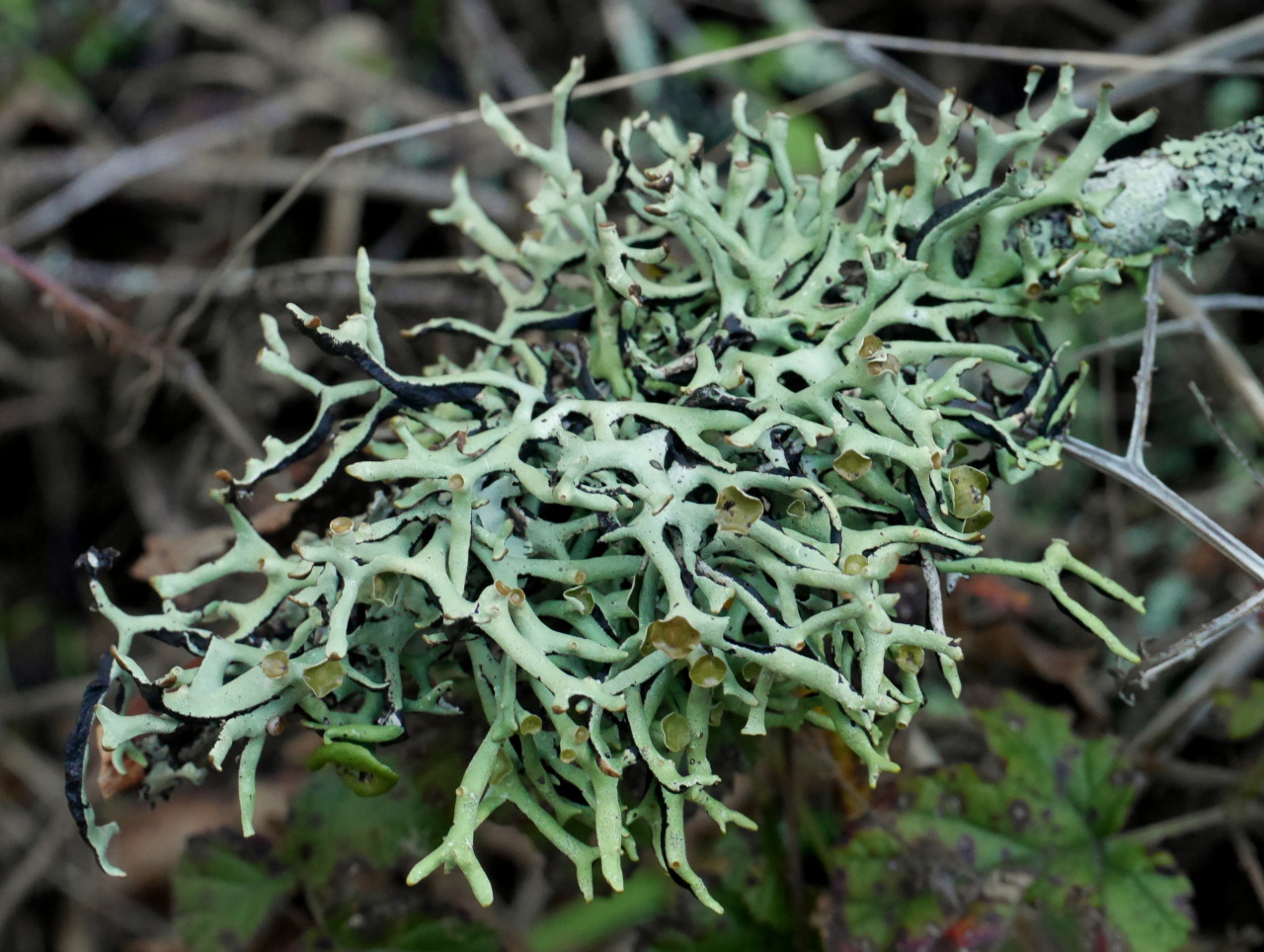 The redwood and oak forests of Marin County are home to a vast and striking diversity of fungi. I originally hadn’t planned on posting photographs from the region (because it’s definitely not the northwest), but they’re just too beautiful to pass up! While the genus Usnea is particularly diverse back home in the PNW, this species is not found north of California. Unfortunately, our region is home to only one strikingly fertile species of Usnea (U. quasirigida) with abundant apothecia like this individual. U. quasirigida can be found uncommonly in northern Washington and British Columbia.

This lichen was a staple food source for about 20 different native groups (mostly Salish) of people here in the eastern PNW. Wila (which is the Secwepemctsín or Shuswap word for this lichen) grows abundantly here in our Ponderosa Pinelands, coating old trees from crown to floor in dangling blackish hair. No other species in the PNW east of the Cascades achieves quite as much biomass as B. fremontii (up to 3000kg per hectare!). Interestingly, like several other species of edible lichen in our region (e.g. Letharia), some regions have populations with high levels of vulpinic acid which is toxic when ingested in large quantities. It can be nearly impossible to tell these two chemotypes apart visually, and yet the vast majority of the tribes that subsisted on these lichens had to make the distinction daily.