Monochamus males have some of the longest “horns” of any Cerambycids here in the northwest. These antennae are used to “smell” for females and are often more than twice their body length. 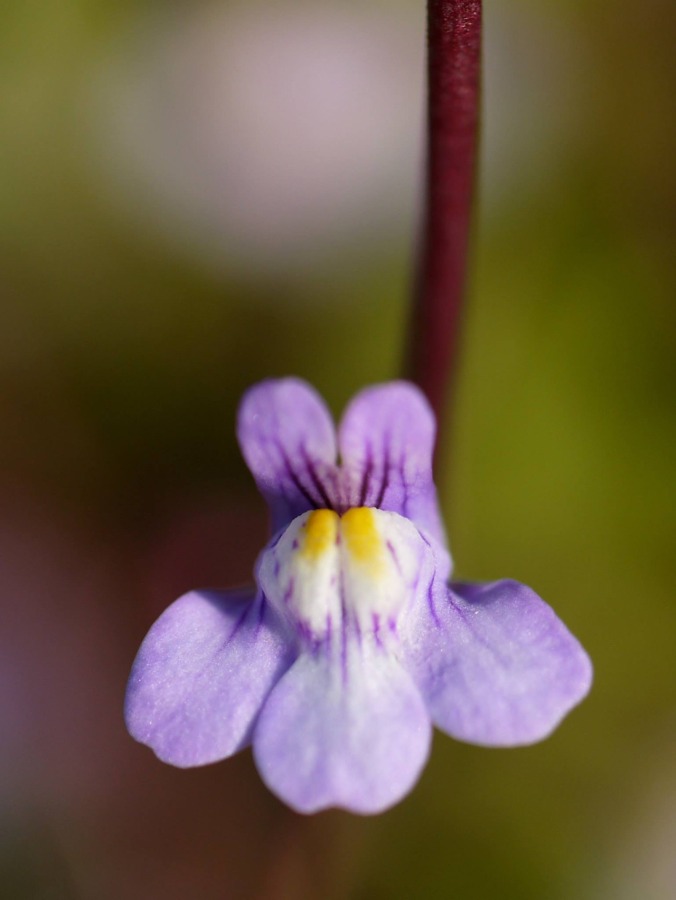 This plant has an unusual method of propagation. The flower stalk is initially positively phototropic and moves towards the light—after fertilization it becomes negatively phototropic and moves away from the light. This results in seed being pushed into dark crevices of rock walls, where it is more likely to germinate and where it prefers to grow.

This individual flower has, in fact, been pollinated. 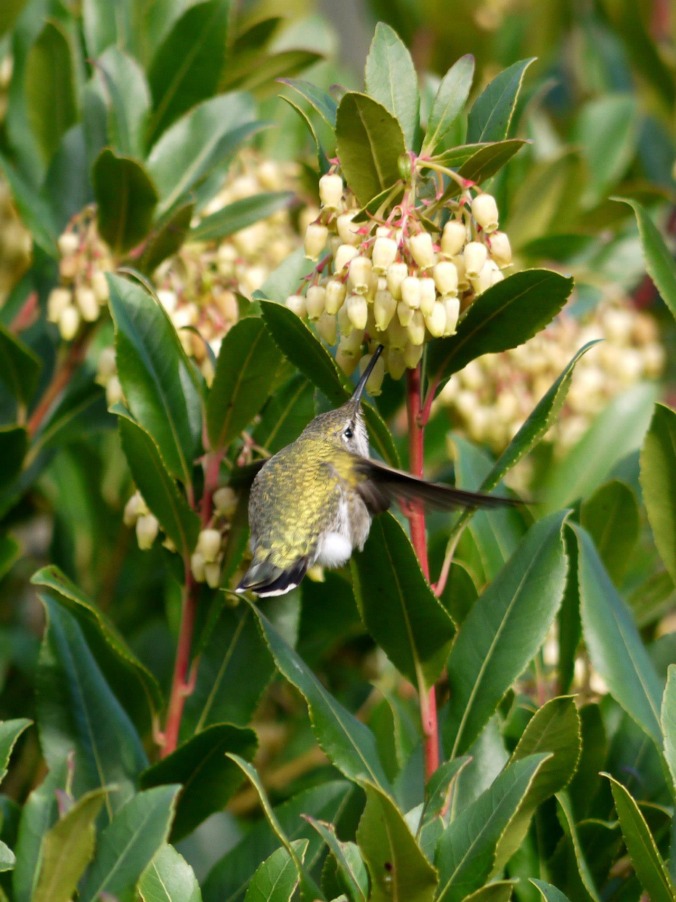 This is the only species of hummingbird to overwinter here in the Pacific Northwest — and they’ve only been doing it for a few decades. Scientists believe that human-provided winter nourishment (i.e. hummingbird feeders) are the primary food source for these non-migrating individuals during the winter months.

As such, researchers at the University of Puget Sound are studying these two distinct populations of birds to determine if they might be diverging — genetically and morphologically. With the help of museum specimens dating back to the early 20th century, we are finding that resident populations of hummers here in the PNW are slightly different than their migratory counterparts. 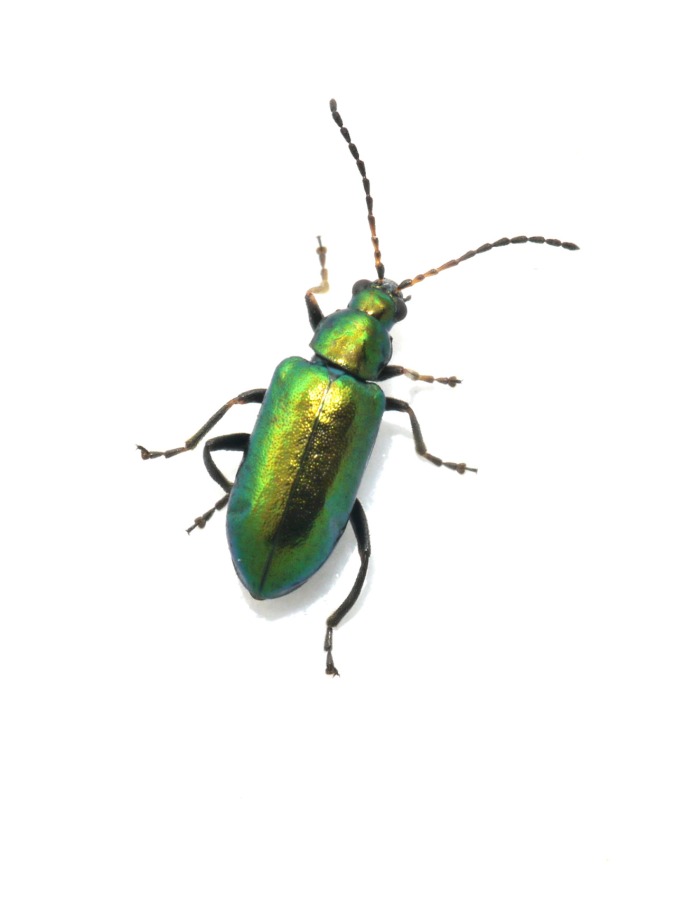 This tiny (5mm) leaf beetle is common in moist forests throughout the Pacific Northwest west of the Rockies. They seem to be particularly fond of hanging out in Hydrophyllum flowers.

This is a pretty common butterfly here in Montana. You can easily recognize them by their Lycaenid shape and dull metallic-y brown color. These guys don’t have tails like the hairstreaks, but sometimes have a tail-like lobe on their hindwings. 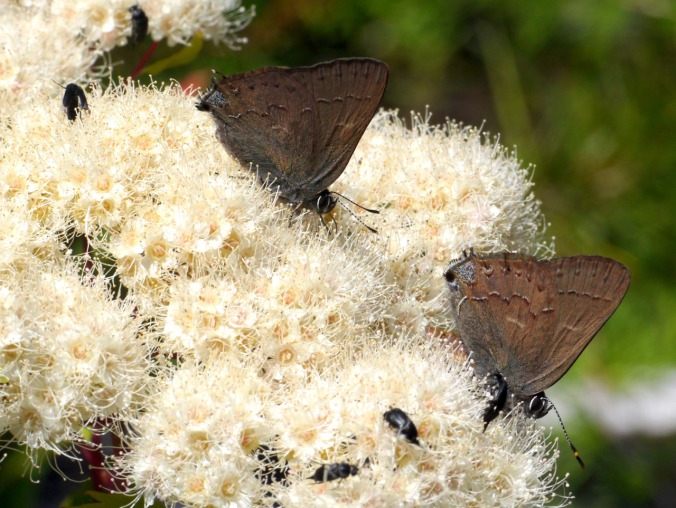 An adorable coppery hairstreak that rears its young on our abundant Ceanothus velutinus, or Snowbrush, here in Montana. Snowbrush grows best in open, brushy areas like those created after a fire or in a clearcut. And where there’s Ceanothus you’ll find these adorable Hedgerow Hairstreaks. 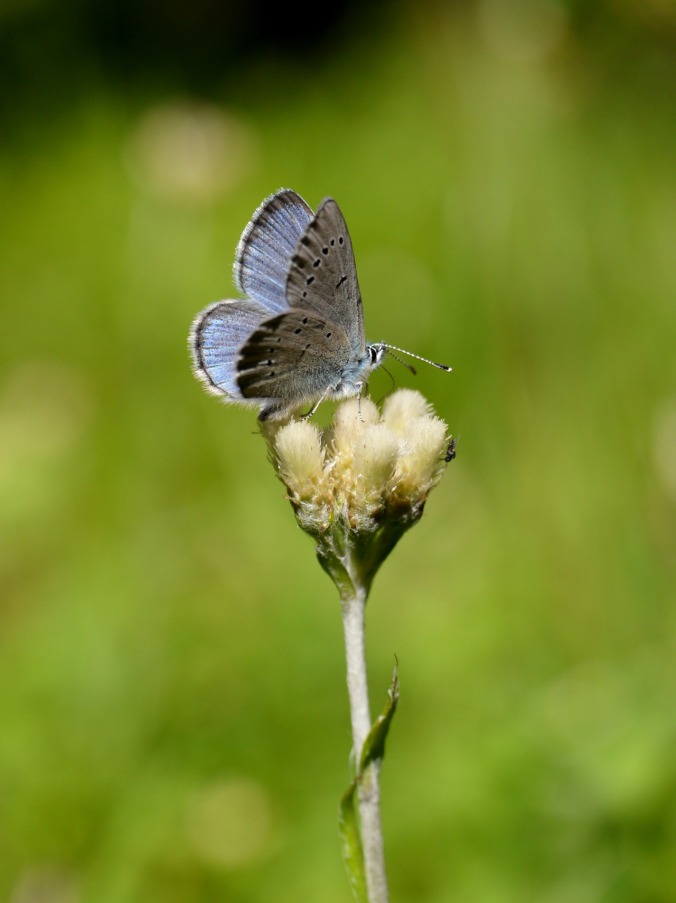 As with many members of the Lycaenidae family (blues, coppers, and hairstreaks), the caterpillars of this species are tended by ants which provide the vulnerable larvae with protection in exchange for sugary “honeydew” which the caterpillars excrete from their backs. Check it out.