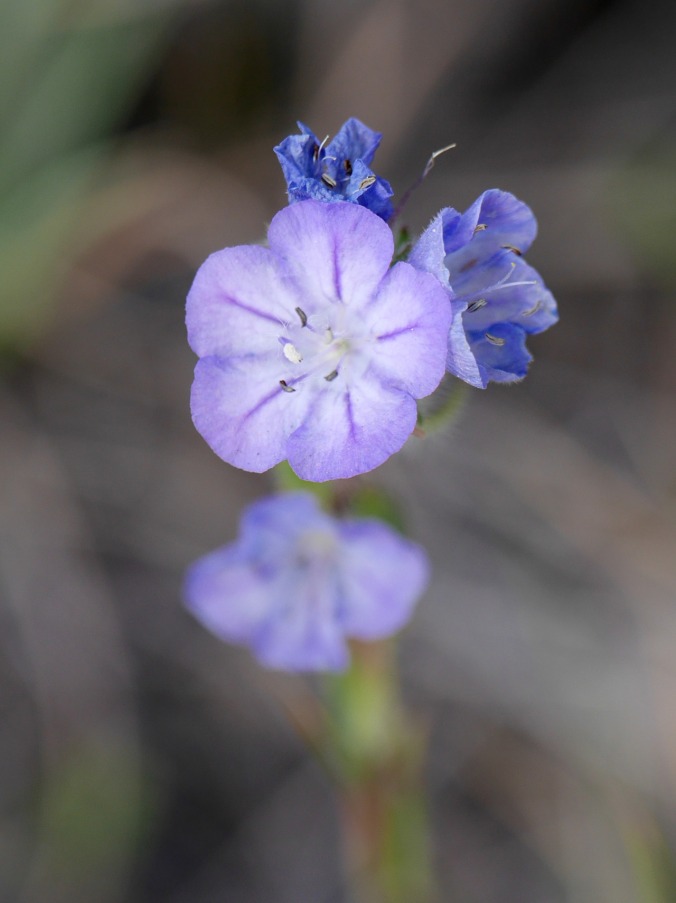 I can’t say I’m particularly familiar with the genus Phacelia. In fact, I was quite stumped when I first photographed this flower on the trails behind the university. Turns out, Phacelia has perplexed botanists as well over the last few decades as well. Most members of this genus are called scorpionweeds (for obvious reasons which I’ll elucidate in my next post), but this particular species is definitely not recognizable as such. Its large, broadly campanulate flowers are not what I immediately associate with members of Hydrophyllaceae either. What’s more, the family Hydrophyllaceae is now accepted as a subfamily within Boraginaceae, and this plant absolutely does not remind me of forget-me-nots and bluebells. So in summary, the Thread-leaf Phacelia is an oddball in the world of Phacelias and the genus Phacelia is generally also odd as a member of Hydrophyllaceae which, oddly enough, has odd traits that do not conform to those that tend to be most common in the family Boraginaceae, to which it now belongs.