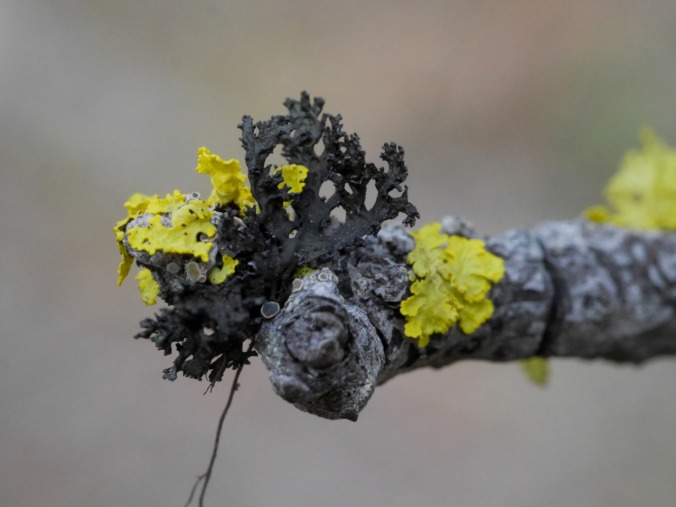 These metallic, often iridescent black lichen are extremely common on small twigs alongside Vulpicida canadensis here in our PNW Ponderosa Pine forests. They can be found throughout the Rocky Mountains, Sierras, Cascades, and some mountainous regions of central Spain. Their black color comes from a yet identified pigment.