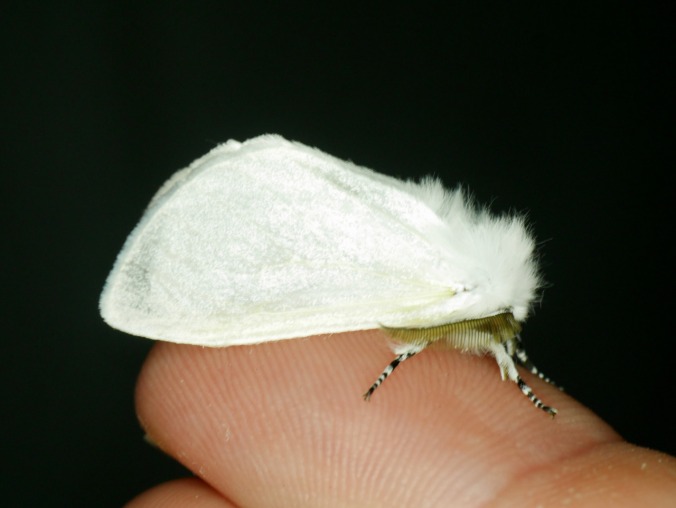 Here’s another species from our National Moth Week event

with the Missoula Butterfly House. Satin Moths are native to the Palearctic, from the British Isles to Japan, but was introduced to the US in the 1920s. The moth was originally introduced to the Northeast, but specimens have been collected from the Pacific Northwest quite regularly in the past years, suggesting that a new population may have been introduced here recently. Their larvae eat the leaves of aspen, poplar, and willow until they’re fat enough to overwinter under the bark of their host trees. Adults are nearly pure white and hard to confuse with any other local moth species. And they’re so darn cute!