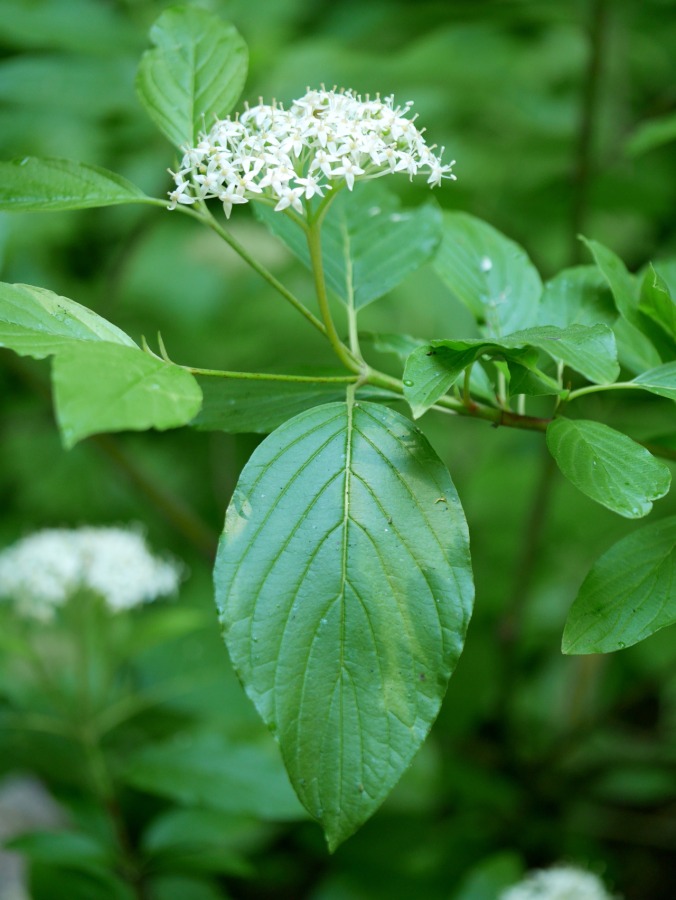 Red Osier Dogwood, so named for its beautiful red bark, is a common riparian and moist forest species throughout the PNW. Our region is home to three members of the genus Cornus and they couldn’t look any less alike! While C. sericea grows in a large shrubby form, it’s close cousin C. canadensis only grows a single stem a few centimeters off the ground. And C. nuttallii grows as a tree with large, white, showy “flowers.” In the fall and winter, Red Osier Dogwood’s white berries attract grouse and other birds, but are largely unpalatable to humans. Its bark, however, is often used in kinnikinnick and tobacco smoking mixtures.