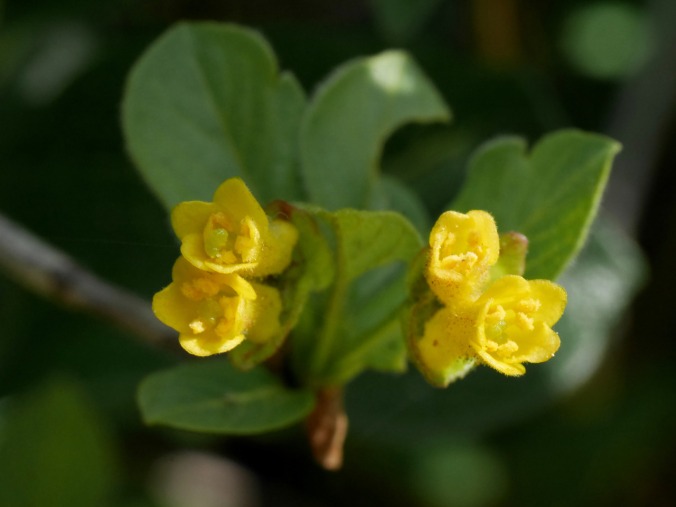 Twinberry is a common coastal shrub in the PNW. It tends to produce flowers in pairs that are regularly defended by Rufous Hummingbirds. These flowers usually develop into a pair of inedible berries. Many coastal native peoples held taboos against eating these berries. Some said that they were the food of monsters and the dead. Others believed that you would be unable to speak after consuming them. Instead the berries were often used as a hair dye and to prevent graying.