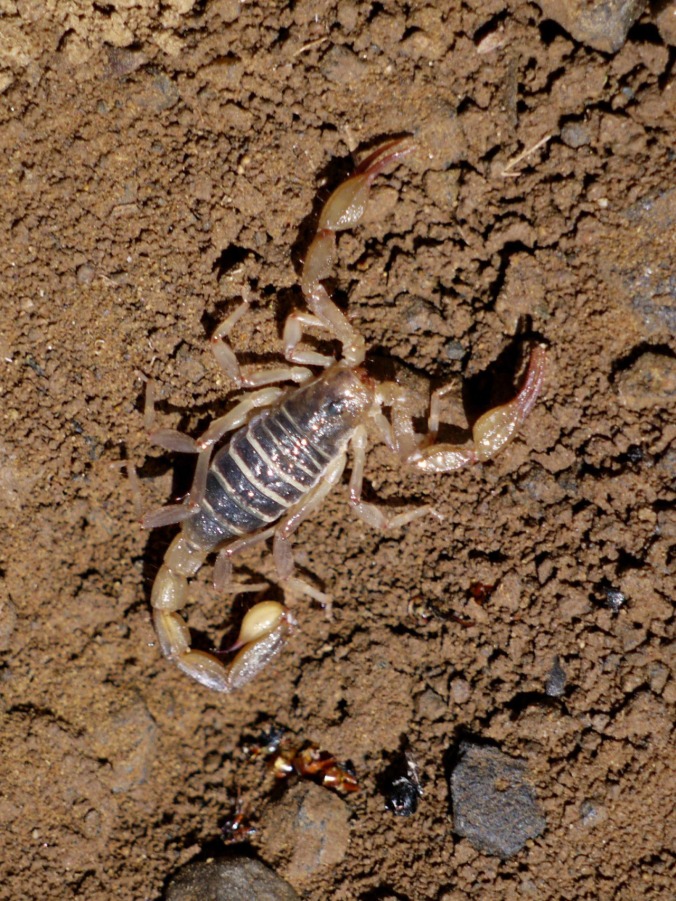 Scorpions are a remarkably poorly studied clade of organisms. The Pacific Northwest is home to at least two described species (although there are likely others that remain undescribed): the Pacific Forest Scorpion (Uroctonus mordax) and the Northern Scorpion (Paruroctonus boreus). The Pacific Forest Scorpion, as its name would suggest, is most often found in dense coastal forests wherever it can find constant moisture (also found inland as well, west of the Cascades). The Northern Scorpion tends to prefer more open habitats than the Forest Scorpion and is typically the only species one will encounter east of the Cascades here in the PNW. They are quite abundant at the Ginkgo Petrified Forest State Park where they spend their days hiding from the sun under large rocks.