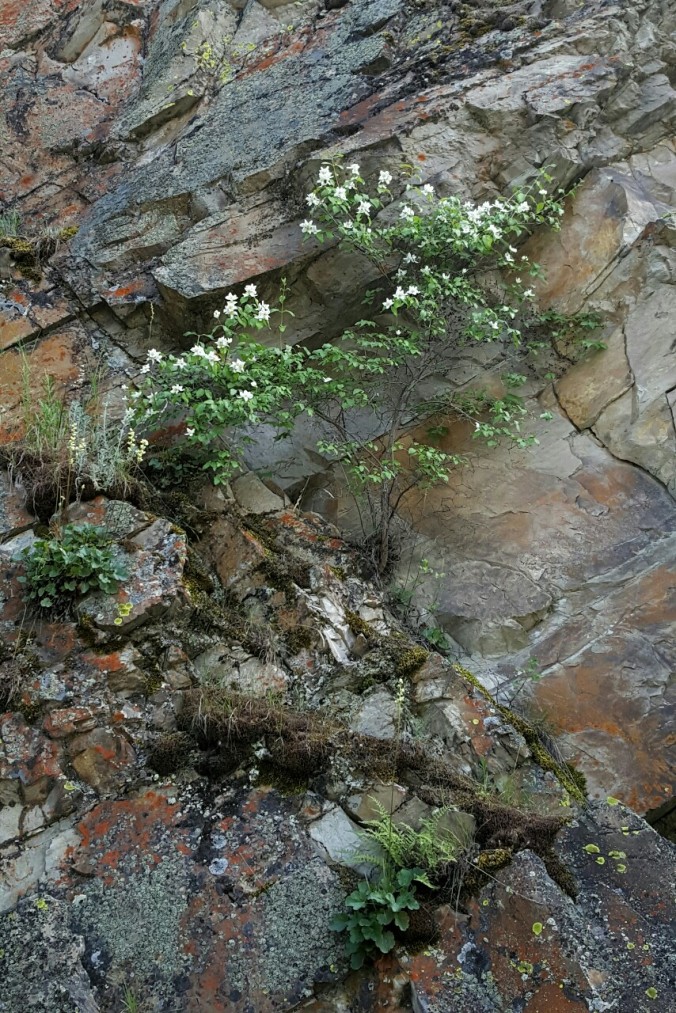 This species of Philadelphus was discovered by Meriwether Lewis in 1806. It’s flowers and scent are reminiscent of orange blossoms, thus it’s common name, the mock-orange. Unlike oranges, these attractive shrubs produce dry, 4-parted capsule fruits that are wholly inedible. Their leaves, however, contain saponins and can be crushed to make a mild soap. They are a popular ornamental plant here in the eastern PNW and are the state flower of Idaho. Look for them scattered throughout drier slopes in the west, where they tend to grow singly or in small populations. Here in Missoula, they cover the hillsides with gorgeous white blooms at the beginning of summer, much like Amelanchier in the spring.

Mothlighting for National Moth Week with the Missoula Butterfly House

July is a glorious time here in Montana. Not only do the insects come out in massive numbers, but it’s also the best time for fishing, star-gazing, botanizing, and huckleberry hunting. Next time you’re in Montana for July, be sure to drop me a line! I’d love to show off all the awesome Nature this region has to offer!

This species of monkeyflower was named after the naturalist and explorer, Meriwether Lewis (of Lewis and Clark), who discovered it in Montana, at the headwaters of the Missouri River. Although Lewis was not formally trained as a botanist, he collected and described hundreds of plant species, many of which were completely new to science at the time. Specimens of this particular plant, however, were lost in a flood and never made it back to Washington DC where they would have been cataloged, named, and formally described by Frederick Pursh. Instead, using only Lewis’s descriptions in his journal, Pursh was able to define this plant as a new species! 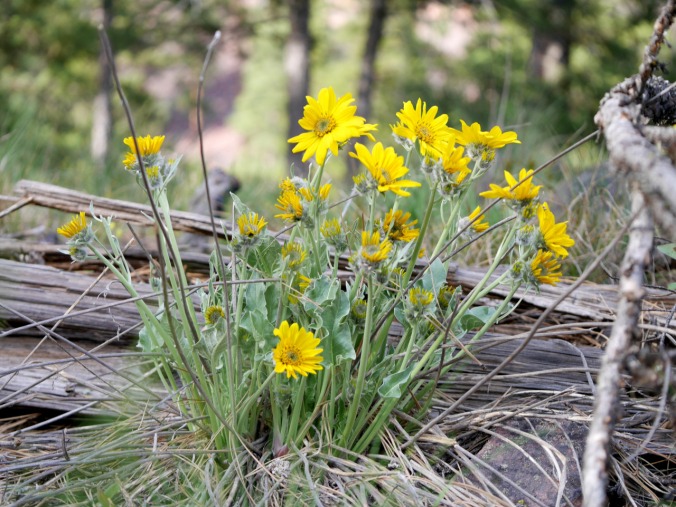 Arrowleaf Balsamroot was first collected by Meriwether Lewis (of the Lewis and Clark Expedition) when he was exploring the northern Rockies in 1806. These particular specimens appear to have been munched by some deer (notice that the left side is missing some flowers).

Balsamroot is one of the most characteristic plants of eastern PNW habitats. While the coastal Northwest’s lush rainforests are truly a sight to behold, nothing is quite as striking as springtime hillsides covered with Balsamroot and Lupine while dramatic, snow-capped peaks loom in the background. Fun fact: Arrowleaf Balsamroot was first collected by Meriwether Lewis (of the Lewis and Clark Expedition) when he was exploring the northern Rockies in 1806.

Thanks, Stephen! I’m glad you’re enjoying my blog! And these are truly excellent questions!